A liveaboard in Egypt was on the cards but, as with everything, it was red listed so postponed to next year. This left a few spare days in the calendar so what to do?

Fairly obvious, find somewhere else to dive. It had to be the UK, it had to be available and (to be honest) somewhere I have not been before. After a brief bit of research and a few phone calls, Rathlin Island looked favourite and very quickly became booked.

There were only four of us and this made for an easy booking. We travelled over on the day ferry and arrived at our accommodation. This is where Ballycastle came into its own. The landlady gave us a lift into town and a guided tour of the town, from where we settled on the Anglers Arms (or the Bakewell) as he allows punters to bring in food from outside. We settled in with Guinness and pizzas preparing for our next day’s diving.

Fortunately we happened to notice an ice ream van so pulled in and ended up with a large tub of vanilla and crushed amoretti biscuit ice cream.

Day one dawned and things didn’t start well with the rib breaking down. The dive centre provided a reserve rib, not really suited to diving but we managed to dive the Skerries. The Skerries are a small group of islands just outside of Portrush. The dives had good visibility but lacked interest and the second dive was identical to the first.

A disappointing first day was followed by a bad start to the second day. Now in the hard boat ready to dive and the lift broke. Once again, a visit to the Skerries so we decided to miss the first dive as it didn’t feel worth it with a battle to get back on the boat.

Fortunately, the second dive of the day was the wreck, Lough Garry. This wreck lay at 33 meters deep and is a dark dive, but the visibility was superb. Descending the line there was a small current but once we arrived on the wreck the sea life was amazing. Large fish in large numbers, perfect. Even though we had to clamber on board the boat the diving had looked up. To finish a good dive, on our return we were shepherded by dolphins into the harbour.

The third day dawned, and we were heading out on a third boat, this time all was working well.  The sea was flat calm and waiting for us was the Ella Hewitt, a large fishing boat wreck. This had largely broken up but had great visibility and, again, lots of marine life. Schools of large fish, lobsters and a couple of conger eels tucked away in the infrastructure.

A quick shore break on Rathlin Island was followed by a dive on HMS Drake. HMS Drake was torpedoed by a German U boat off the island in 1917 with the loss of 19 lives and went down a short time later in Church Bay. The ship is huge, broken up and covered in kelp but still recognisable. Halfway round we chanced upon a long-abandoned lobster pot. It was half sunk in the sand and had several huge lobsters inside, which we released (lobster pots should generally be left alone). The current was running strongly by now so after a few more minutes we headed to the surface. In the distance a large pod (50 +) dolphins entertained us as we headed back to port.

After a good meal in the Cellar restaurant and a few more pints of Guinness we headed to bed ready for the final day.

The last day consisted of a return to the Lough Garry as the North wall had too big a swell to dive. No worries about a return as this is a great wreck and gave us a chance to have a more detailed look at the black and white tiles on the deck and some pieces of porcelain from toilets and sinks, which can be seen nearby. We also visited the engine room and the triple expansion engine.

After another quick trip to the island for lunch and a coffee we boarded and headed for the final dive. Farganlack Pointwas a superb drift dive along a stunning wall with squat lobsters, octopus and all kinds of fish imaginable. After about 50 minutes we surfaced and returned to the boat very satisfied with the day’s diving.

What I would class as a poor start to the week finished well and made for a good dive week. I will have to return to really get the most out of this area, but the dives are excellent and it’s an well worth visiting for diving and on land. I’m hooked. 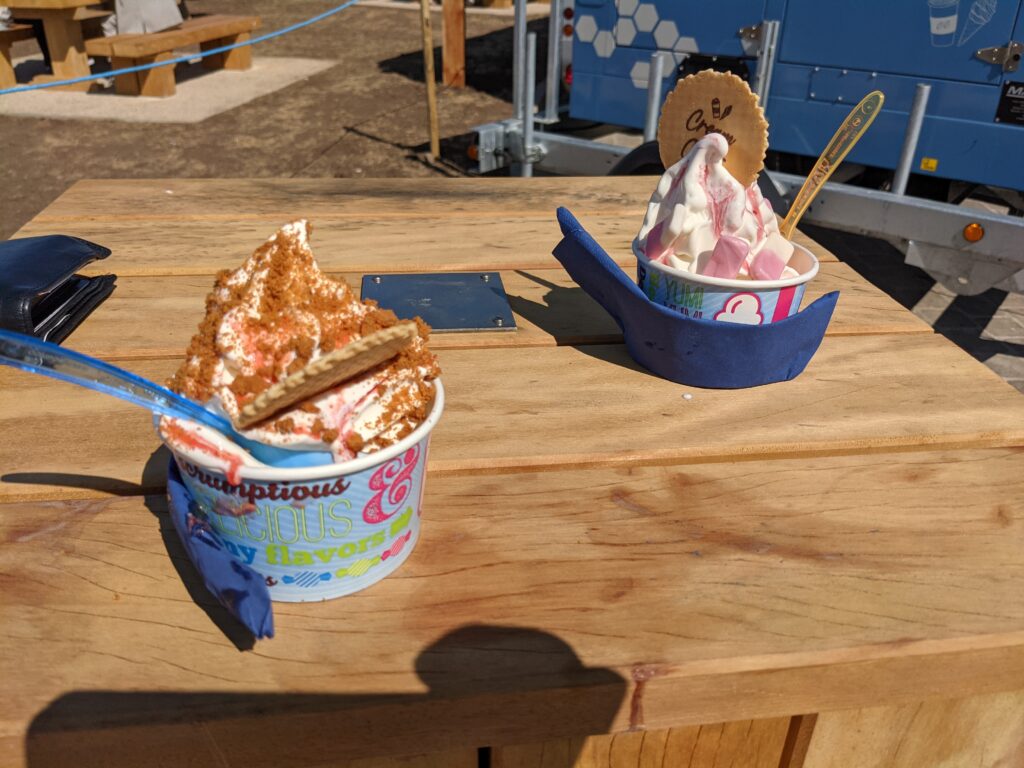 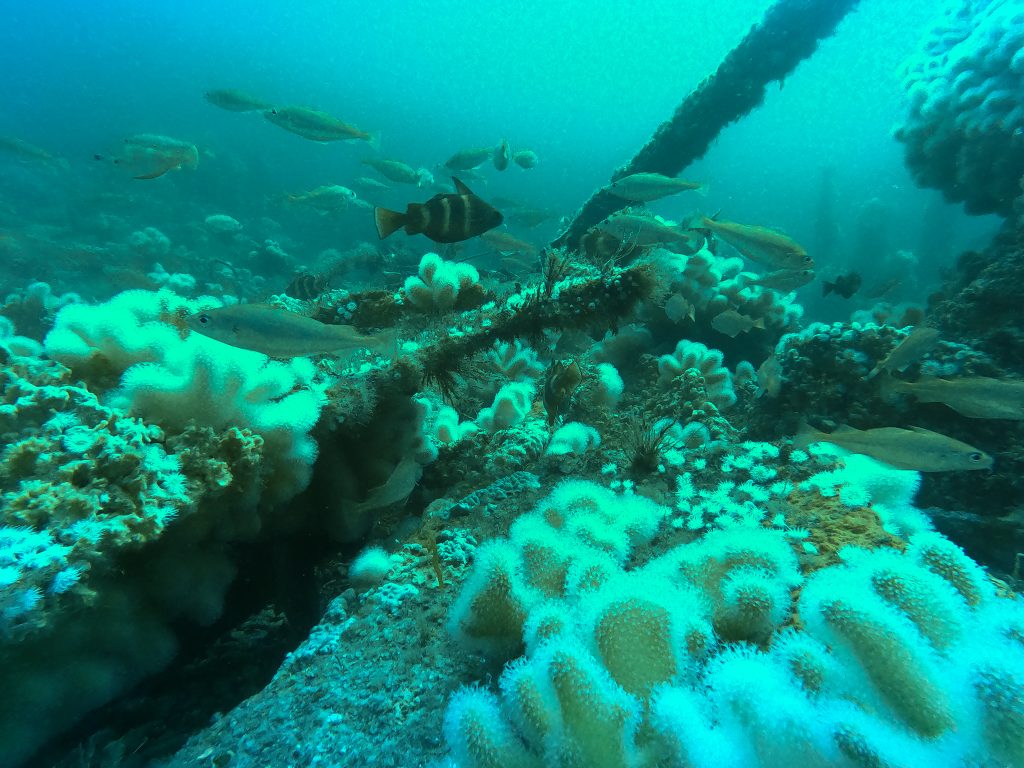 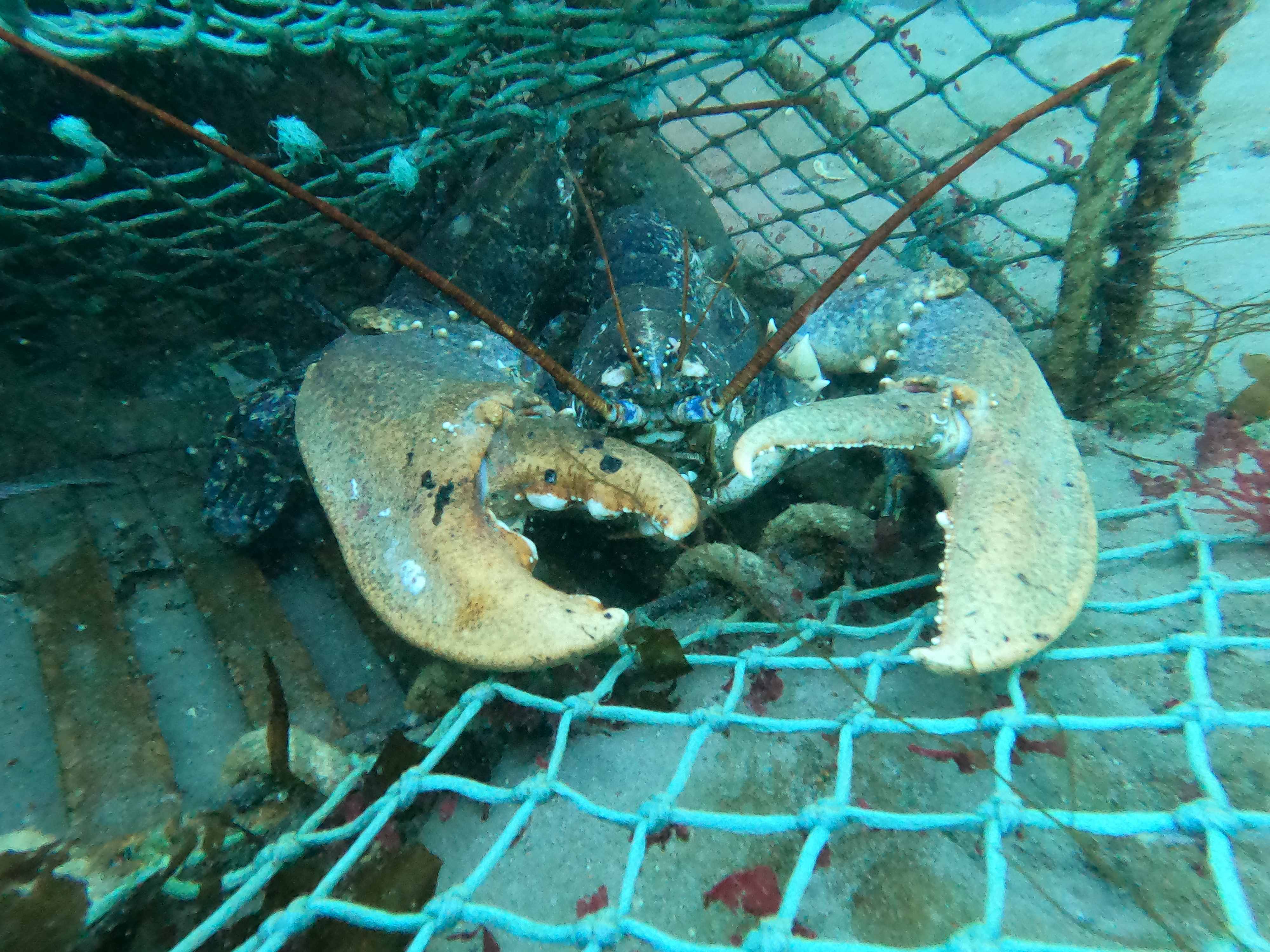 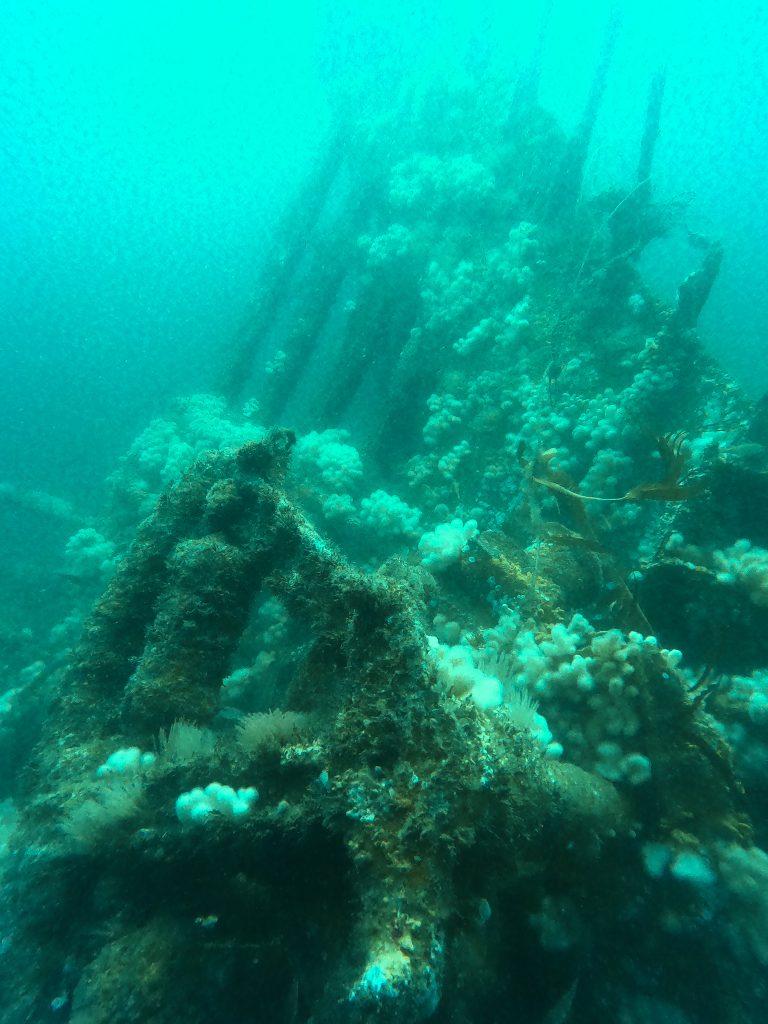